The iconic red shirt has always been identifiable within any game. The shirts are made by Under Armour and as you would expect from one of the world’s leading technical sportswear suppliers, the Welsh rugby kit performs to the highest standards and looks fantastic on and off the pitch. The strips are embroidered with the Prince of Wales feathers which were chosen in the 19th century to demonstrate the Welsh nation’s loyalty to Britain.

Here at rugbystore.co.uk we are proud to offer the official Wales Rugby clothing range by Under Armour. We have everything you need to show your support for Welsh rugby including: Wales rugby shirts, t-shirts, hoodies and more. 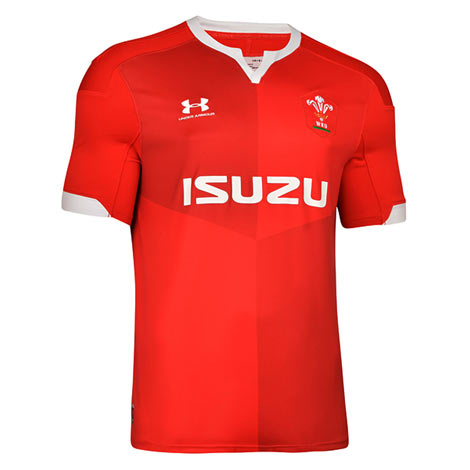 
rugbystore.co.uk is a member of: